Winter Storytelling at Travelers’ Rest celebrates the Salish tradition of sharing stories during the long, dark winter. This year, we are expanding the program into spring on Zoom. Join us for these upcoming storytelling sessions at 11 am on the first Saturday of the month.

Click here to register to join us on Zoom for one or all storytelling sessions.

Access more information and recordings of 2021 Zoom presentations by clicking on the presentation title below.

4/3   Kevin O’Bryant, The Too Ne Map and Native American Cartography

Kevin O’Briant is an archaeologist and instructor of MOLLI classes at the University of Montana. He spends summer months as a tour guide along the Lewis & Clark trail with Elder Hostel and Lewis & Clark Trail Adventures. His article, “Too Né’s World: The Arikara Map and Native American Cartography” was published in We Proceeded On in 2018. He is currently working on a new article based on further research. Kevin is a graduate of the University of Chicago and pursued his PhD at the University of New Mexico.

Victor is the great-great grandson of Chief Victor Charlo of the Bitterroot Salish. He was born and raised in Evaro, MT. Victor studied in a Jesuit seminary but ultimately left and to became involved in Native causes through a variety of social justice venues, notably the Poor Peoples’ Campaign. At the University of Montana, he met and befriended famed regional poet, Dick Hugo. Victor received his Master’s Degree in Curriculum from Gonzaga University and returned to the reservation to co-found and principal the first all-Indian high school there, Two Eagle River School. Through the years, Victor’s work has been published in many literary journals and anthologies. Two collections of his poems, Put Sey and Dirty Corner Poems and Other Stories, were published by Many Voices Press. 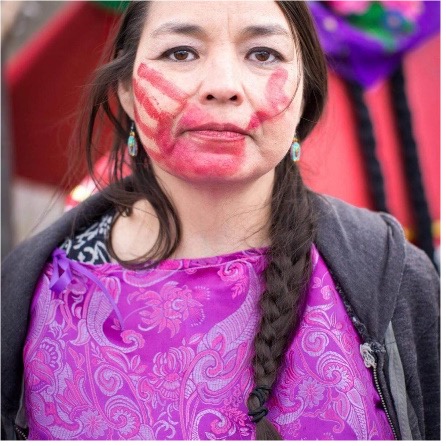 Claire Charlo was home schooled on the Flathead Reservation until the 9th grade. As a child, she built a strong connection with the land, mountains, rivers, and lakes. She spent summers at Agnes Vanderburg’s Cultural Camp, where she learned the Salish language, tribal plant identification, how to tan deer and elk hides, how to bead and make regalia. Claire learned the significance of taking care of the land and the importance of maintaining our relationship with our land, our mother. Claire graduated from Cornell College with a Bachelor’s in Ethnic and Women Studies and went on to graduate with a Juris Doctorate from University of Arizona School of Law. Claire works as a Civil Advocate for the Confederated Salish Kootenai Tribes. She is a grassroots activist involved with Indigenous movements.

Christopher Preston teaches environmental philosophy at the University of Montana, Missoula. He is author of several books, including The Synthetic Age: Outdesigning Evolution, Resurrecting Species, and Reengineering Our World. Much of his research connects to the idea of the Anthropocene, the epoch in which human influence is everywhere. He studies emerging technologies for their impact on the human-nature experience, as well as restoration and rewilding efforts. In this presentation, Christopher will look at how the restoration of animals like grizzly bears, bison, and wolves fit with the traditional account of nature preservation and what they might mean for how we think about the surrounding landscape going forward.

A diverse group of speakers reflected on the theme of Reimagining America in January and February. Recordings are available for most programs. 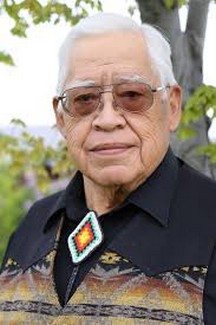 Coyote Stories with Tony Incashola. Tony was born in St. Ignatius, Montana, home of the mission that gives the name Mission Valley to the Confederated Salish and Kootenai Reservation lands south of Flathead Lake. Tony was raised by his maternal grandparents, who taught him Salish as his first language. Tony served in the U.S. Army from 1965 to 1967, including a tour of duty in Vietnam. In 1975, Johnny Arlee, another CSKT Tribal Elder, asked Tony to help with a project to preserve Salish culture and language. They and other elders started the Salish-Pend d’Oreille Culture Committee (SPCC). Tony has been the director of the committee for 25 years. 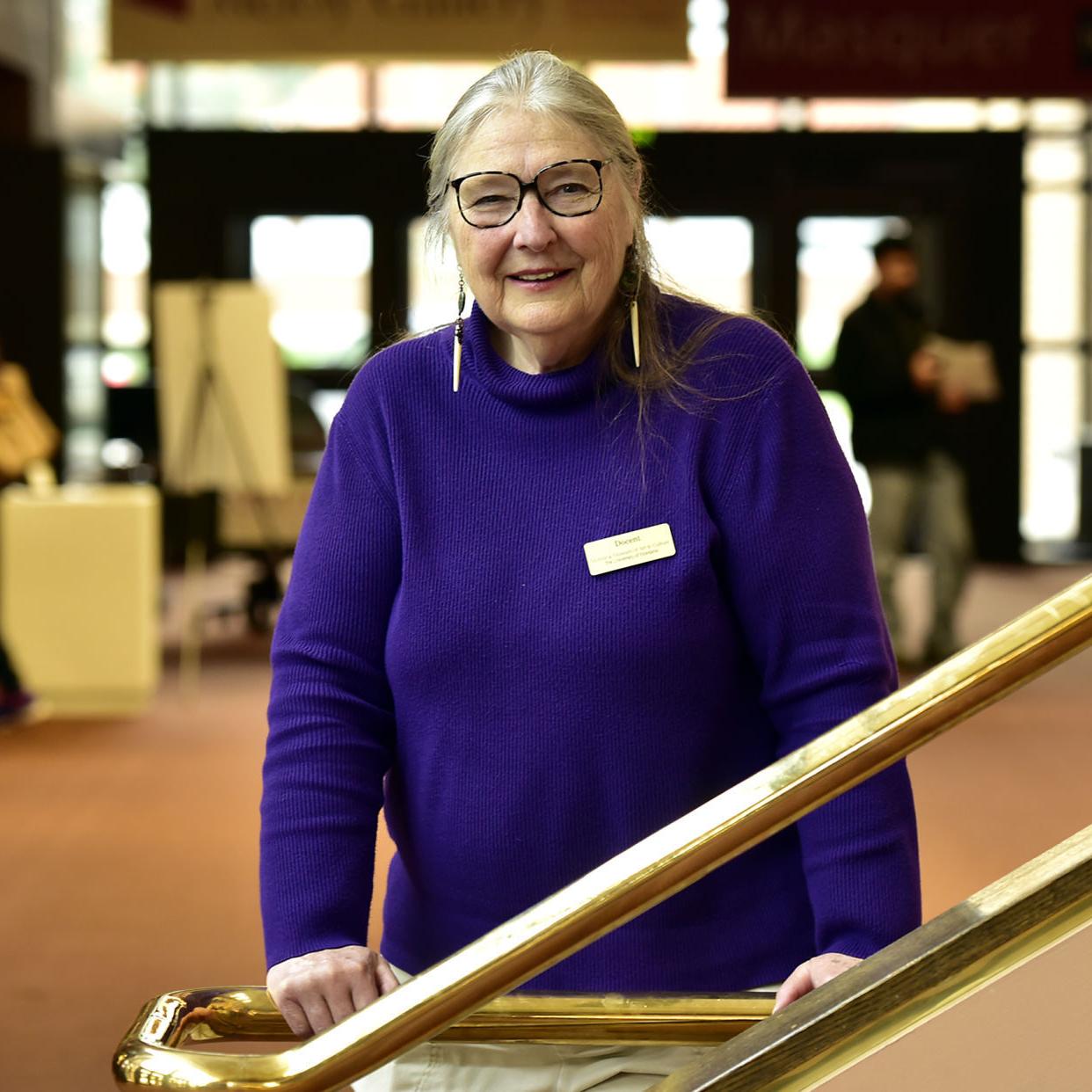 Jean Belangie Nye is the author of the recently-published “A Corner of Space and Time: Lee Nye’s Eddie’s Club Portraits.” Her late husband, Lee Nye, was a cowboy, a veteran, a poet, a teacher, and a bartender. Most of all, Lee Nye was an artist who captured the souls of a bygone America on film. Using the Eddie Club’s back alley as his studio, he photographed his subjects with black and white film on a Rolleiflex camera using only natural light. Jean will talk about her late husband, his work, and the process of researching and writing the biographies of his subjects, whose faces are familiar to many in Missoula, but whose stories are not. 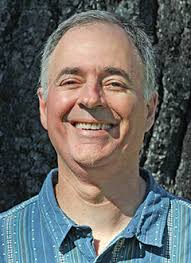 Sneed B. Collard III is the author of more than 80 award-winning books. Sneed has evolved through several life-history stages on his way to becoming one of today’s leading children’s authors. In 2006, Sneed was the recipient of the Washington Post Children’s Book Guild Children’s Nonfiction Writer of the Year Award for his body of work. A favorite presenter from Winter Storytelling 2020, Sneed will share stories of the many birds encountered by the Corps of Discovery, notably Lewis’s Woodpecker and Clark’s Nutcracker, and the birds of the Old World that informed the understanding of 19th century naturalists. 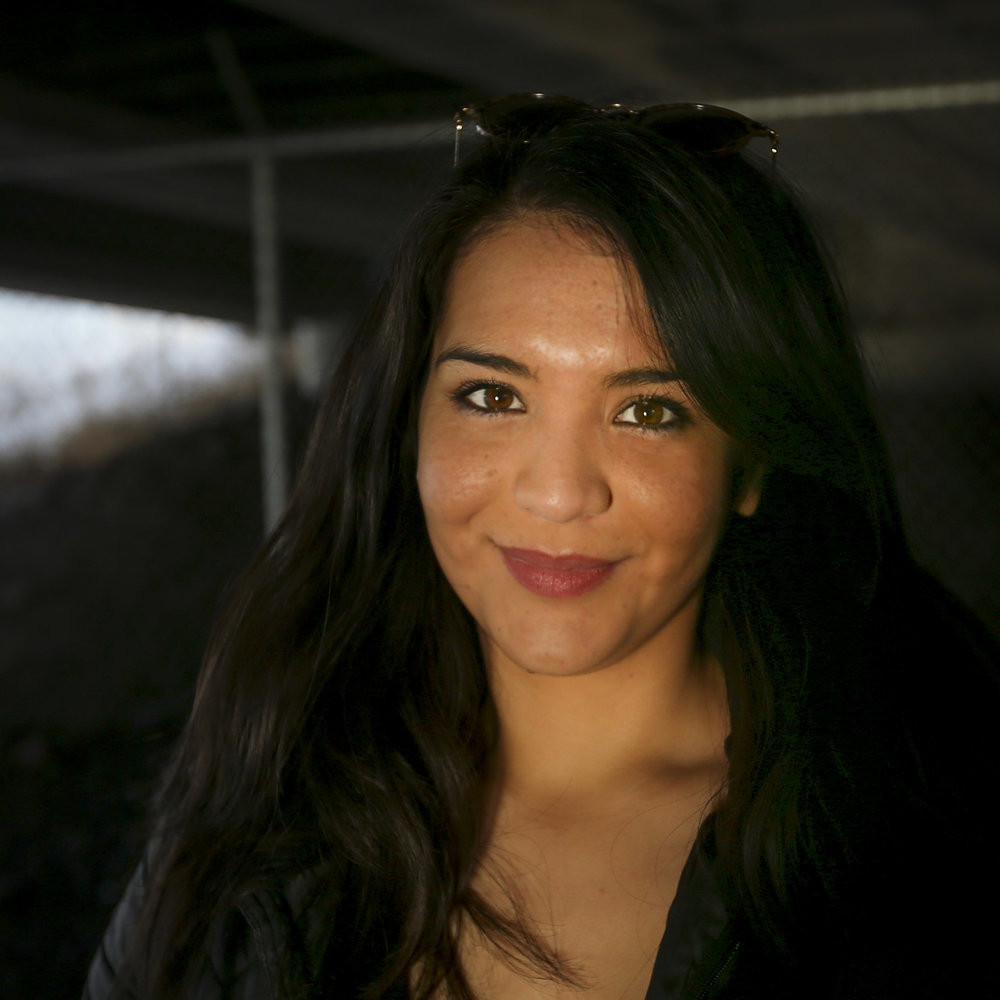 Tailyr Irvine is a Salish and Kootenai photojournalist born and raised on the Flathead Indian Reservation in western Montana. She graduated from the University of Montana with a bachelor’s degree in journalism in 2018. Her work focuses on providing in-depth representations of the lives and complex issues within the diverse communities that make up Native America. Her online exhibition, Reservation Mathematics: Navigating Love in Native America, is available to view on the Smithsonian’s National Museum of the American Indian website.

2/6   Carolyn Gilman, The Maps of Lewis and Clark 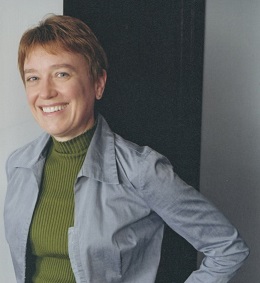 Carolyn Gilman is a historian and museum exhibit developer specializing in frontier and Native history. She created Reimagining America: The Maps of Lewis and Clark, an exhibit on display at Travelers’ Rest from January 9 to March 6, 2021. Carolyn is author of “Lewis and Clark: Across the Divide” (2003) and five other books on aspects of Native American and western history. She has worked as an exhibition developer at the Minnesota Historical Society, the Missouri History Museum, and the National Museum of the American Indian. She was curator of the National Lewis and Clark Bicentennial Exhibition. She is also an award-winning author of science fiction and fantasy. 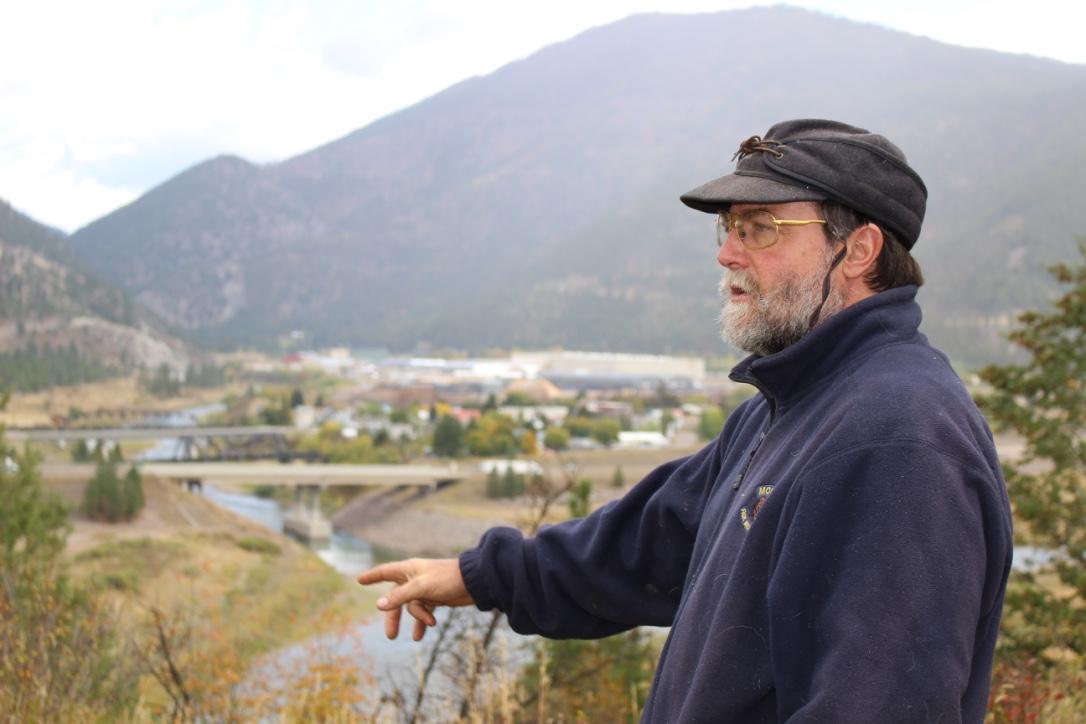 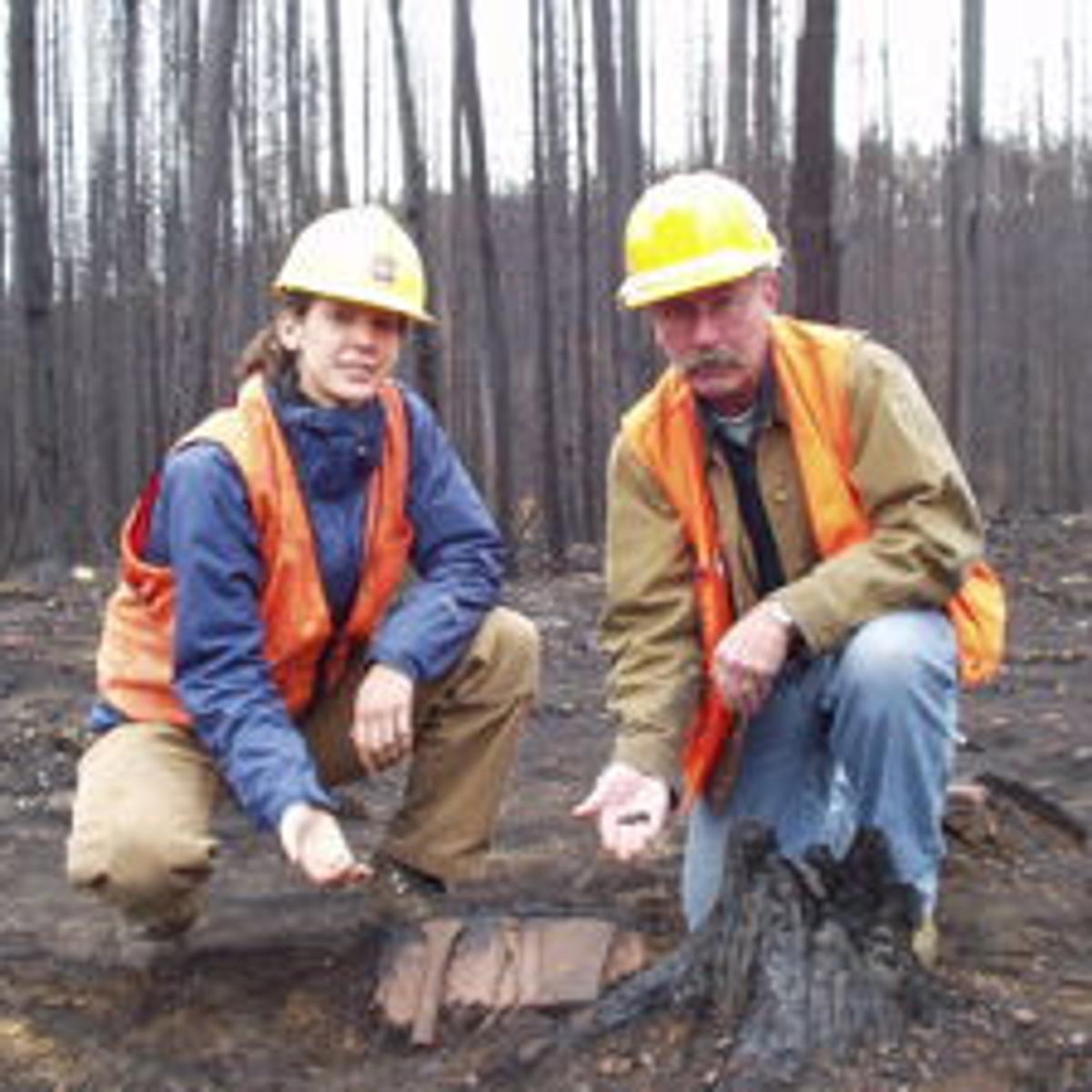 Retired archaeologist for the Lolo National Forest, C. Milo McLeod, shares “Secrets of the Jocko Lake Fires.” Milo worked in cultural resources management for over 40 years. For 28 years, he managed the Lolo National Forest’s Heritage Program, including ensuring compliance with the National Historic Preservation Act; developing public outreach programs such as Passport in Time, and conducting determinations of eligibility and listings for the National Register of Historic Places. Milo has worked closely with American Indian groups, specifically the Confederated Salish and Kootenai Tribes, as well as the Nez Perce Tribe, on issues specific to cultural resource management and traditional cultural properties. 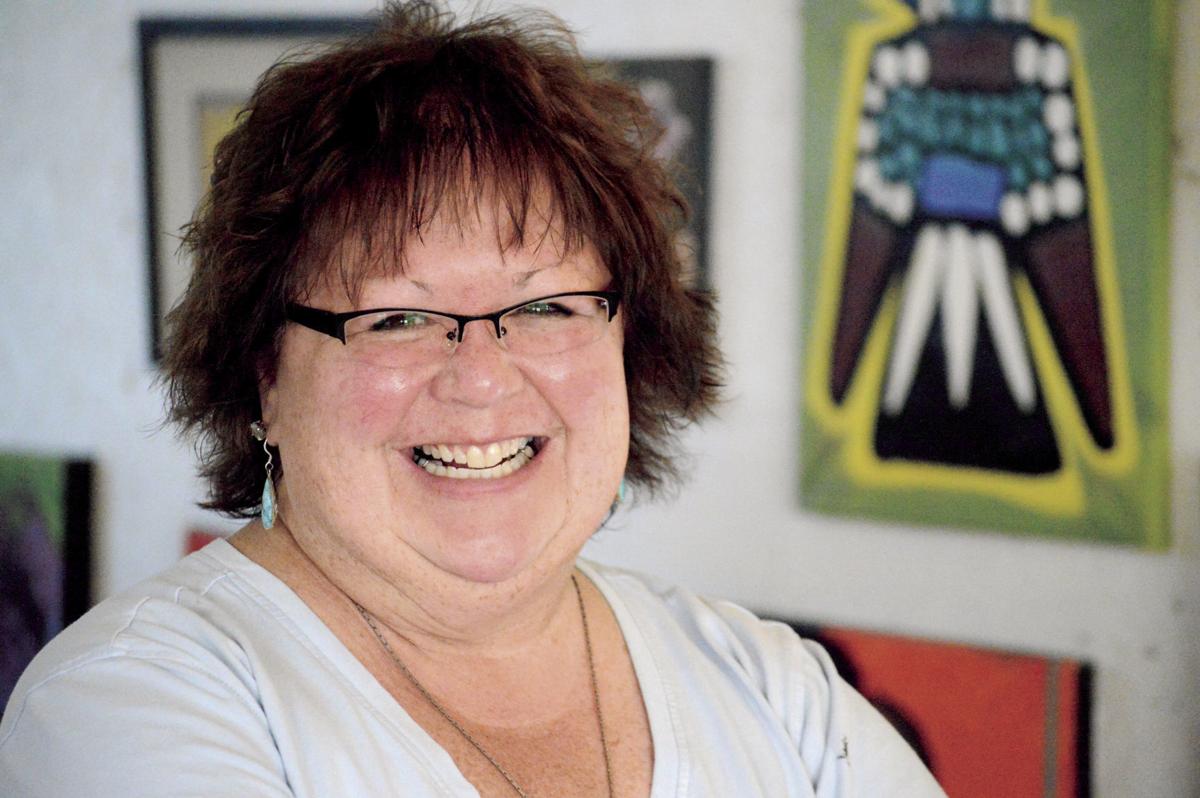 DG House, an enrolled member of the Cherokee Tribe of NE Alabama, and Frank Finley, an enrolled member of the Confederated Salish and Kootenai Tribes, are both noted artists and educators. DG is artist in residence in Grand Teton National Park, Yellowstone National Park and the Eiteljorg Museum of American Indians and Western Art and was a Reimagine Montana artist in residence at Travelers’ Rest State Park in 2017. When she’s not on the road, DG lives in Bozeman. Frank is an instructor at Salish Kootenai College and owns 32 Pair of Scissors Studio where he makes and sells silver jewelry, original paintings, prints, and T-shirts. Frank has demonstrated traditional craft, like rope-making and fish traps, at Travelers’ Rest. 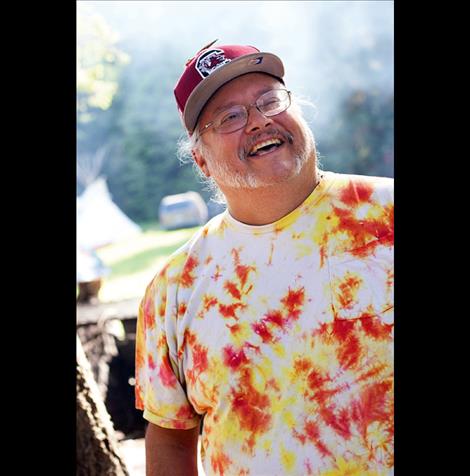 DG and Frank describe their unique relationship, “in indigenous culture, many types of familial classifications can and do happen. In our case, we met and have such similar pattern of habits that we ‘recognized’ each other as close family. Within a day of meeting each other over 20 years ago, we have been fast friends, colleagues and family, in no particular order.” They will talk about their art and their experience collaborating on a sculpture to be installed adjacent to Travelers’ Rest State Park in 2021. 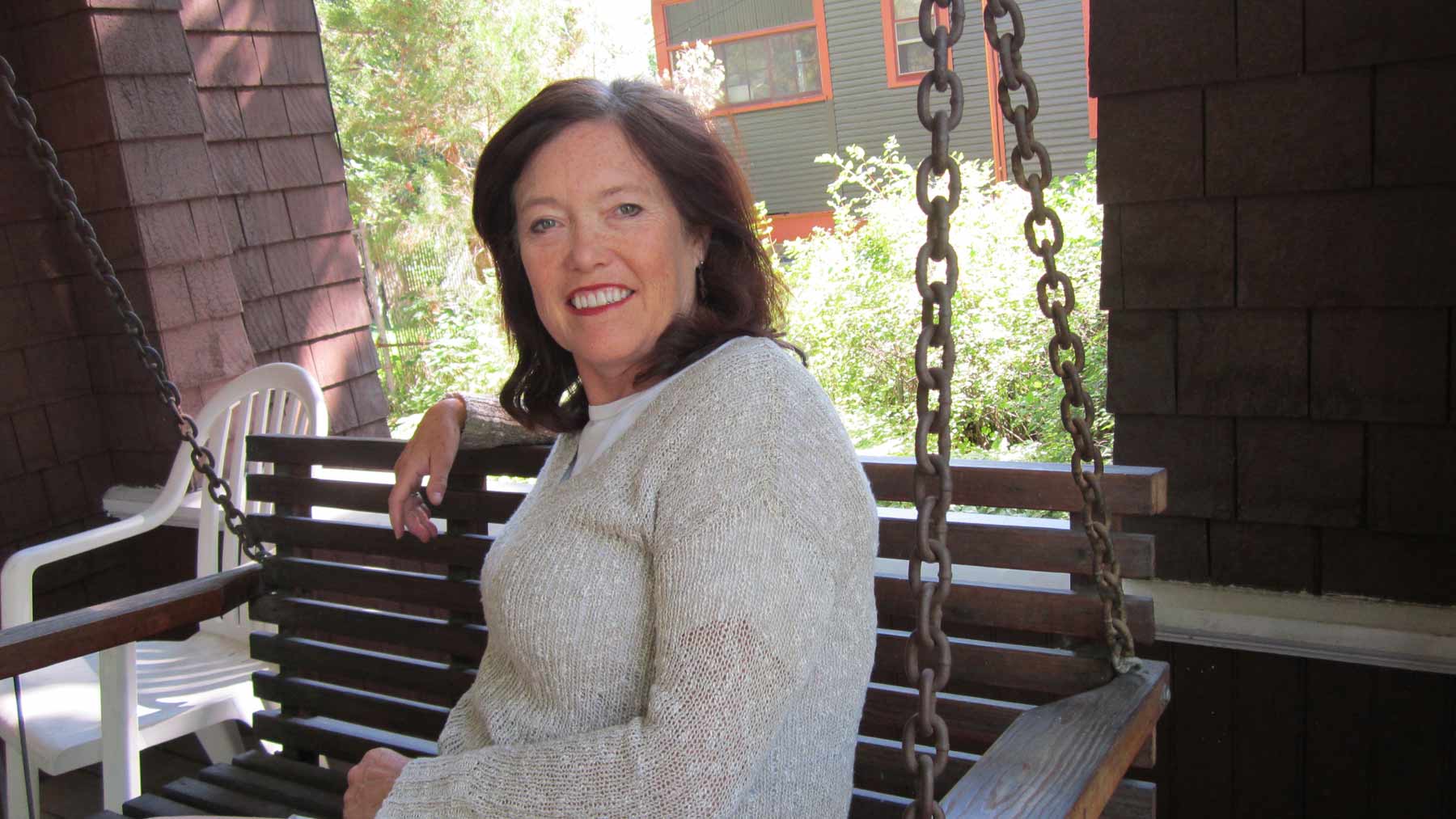 Caroline Patterson has published fiction and nonfiction in publications including Seventeen, Southwest Review and Sunset. She is the author of “Montana Women Writers: A Geography of the Heart,” and two children’s books on natural history. She also edited “Montana Women Homesteaders: A Field of One’s Own,” “Border to Border: Historic Quilts and Quiltmakers of Montana,” and “Fra Dana: American Impressionist in the Rockies.” She teaches creative writing through the University of Montana and the Missoula Writing Collaborative.

Winter Storytelling is made possible by the generous support of our sponsors.