Online bidding from February 18 – 25, 2022. Proceeds support online and outdoor programming for students, families, and visitors of all ages.

Travelers’ Rest field trips offer fun, informal learning for students of all ages. To ensure great experiences for both children and adults on these field trips, we recommend a maximum of 20 students per station, though we can accommodate groups of 28 students when an additional chaperone accompanies them. (Classrooms may be split into two groups.) Note that certain field trip topics have a maximum capacity of 20 students to maintain student safety, assure program quality, and manage time. Be sure to carefully read through the listings below as you plan your field trip. We look forward to seeing you at the park!

Thanks to the generosity of the members and donors of Travelers’ Rest Connection, all field trips are offered free of charge.

From clothing to flintlock weapons to navigational equipment, Travelers’ Rest has a large collection of replica items that illustrate what life was like for explorers in the early 19th century. Students participate in an interactive presentation that includes stories from the Corps of Discovery’s journey through what is now western Montana. Kindergarteners through second graders investigate replica items through a fun, hands-on matching game. Indoors.
Content Standards: Social Studies, Science, English CC
Grade Level: K-2, 3-6
Capacity: 20 students or 28 students with an additional chaperone provided by school

Walk in the footsteps of the Lewis and Clark expedition! Travelers’ Rest is the only archaeologically confirmed campsite along the Lewis and Clark Trail. In this program, students learn about the scientific process and the technology used to pinpoint the location of the Travelers’ Rest site and see the areas that were excavated to uncover the campfire and latrine. Outdoors.
Content Standards: Social Studies, Science, Math CC, English CC, Health
Grade Level: K-12
Capacity: 20 students

Under the mandate of President Thomas Jefferson, Captains Lewis and Clark, their sergeants, and Private Whitehouse kept detailed journals about their trip across the continent. In this program, students hear what the expedition members had to say when they visited Travelers’ Rest and try to decipher their 19th-century descriptions of plants and animals. Students also make their own careful observations and write a journal entry to record their experience at Travelers’ Rest. Outdoors.
Content Standards: Social Studies, Science, Math CC, English CC, Arts, Health
Grade Level: 3-4, 5-8
Capacity: 20 students or 28 students with an additional chaperone provided by school

Hunting and intuition are incredibly valuable skills for surviving in the harsh climates of Montana. Your students will love this opportunity to play these traditional games while learning more about what life was like for the people who lived here at the place called “No Salmon.” Closed-toed shoes are required. Outdoors.
Content Standards: Social Studies, English CC, Health, IEFA
Grade Level: K-5
Capacity: 20 students

After practicing some Native Games in Level 1, your students will have the opportunity to play a full game of Double Ball as well as discuss the importance of working as a team for the traditional Salish people. Due to the physical nature of this field trip program, groups of 16 or less are required. Close-toed shoes are required. Outdoors.
Content Standards: Social Studies, English CC, Health, IEFA
Grade Level: 6-12
Capacity: 20 students

Can you guess what an object was used for and how it was made? This field trip will give students a hands-on introduction to the traditional tools and toys used by the tribes who lived near or visited Travelers’ Rest. Students will learn about the transformation of natural resources into everyday objects. Indoors.
(This field trip is under development; content standards information not yet available.)
Grade Level: K-8
Capacity: 20 students or 28 students with an additional chaperone provided by school

SEASONS OF THE SALISH

Explore the seasonal round typical of the traditional Salish way of life and learn how the Plateau peoples met their seasonal needs for food, shelter, tools, and clothing with resources available at different times of the year and in different places. Students work in teams to explore the seasonal round and to gain awareness and appreciation of the interconnectedness of people with the natural world. Indoors.
Content Standards: Communication Arts, Science, Social Studies, IEFA, Workplace Competencies
Grade Level: 4-6
Capacity: 20 students or 28 students with an additional chaperone provided by school

The cottonwood forest is essential to the health of Lolo Creek, the stream that runs through Travelers’ Rest. Students will look for plants and animals during a guided walk through the park’s riparian environment; draw parallels between themselves and trees; and play a game of Freeze or Scram to learn more about the defense mechanisms of the critters who live in the park. Outdoors.
Content Standards: Social Studies, Science, English CC, Health
Grade Level: Pre-K-3
Capacity: 20 students

Predators abound in Montana’s wild lands. A hands-on inspection of animal parts including jaw bones, pelts and skulls, gives students clues about abilities and diets of these mammals. Students will also learn about the valuable role of all animals in our ecosystem and explore how the natural environment would change without them. Outdoors (preferred) or Indoors.
Content Standards: Social Studies, Science, English CC, Health
Grade Level: 3-6
Capacity: 20 students or 28 students with an additional chaperone provided by school

Travelers’ Rest State Park is habitat to more than 130 bird species, an abundance of native plants and many other flora and fauna. Throughout the year, the seasonal changes in habitat and inhabitants can be witnessed through the Solo Hike along the Nature Trail. Students will have the opportunity to experience nature on their own or in pairs while reflecting on the different ways that Travelers’ Rest State Park is an important place. This program is facilitated by the classroom teacher, rather than a Travelers’ Rest staff member. Outdoors.
Content Standards: Social Studies, Science, English CC, Health
Grade Level: 3-12
Capacity: 20 students or 28 students with an additional chaperone provided by school

Travelers’ Rest State Park is home to a remarkable diversity of plants and animals:

Download the Park’s New Bird & Wildlife List to Keep Track of the Species You See at TRSP. 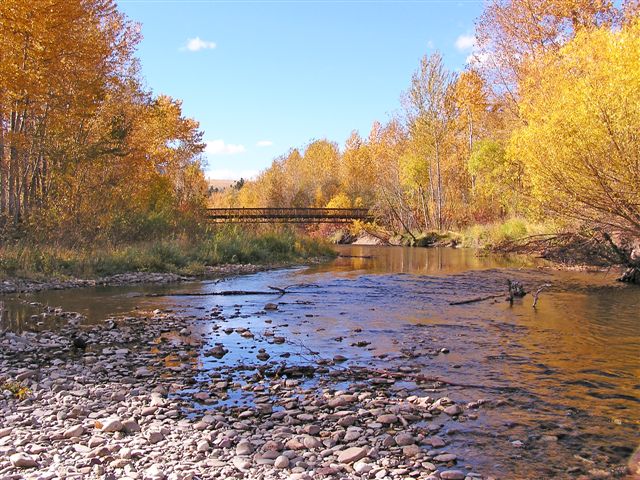 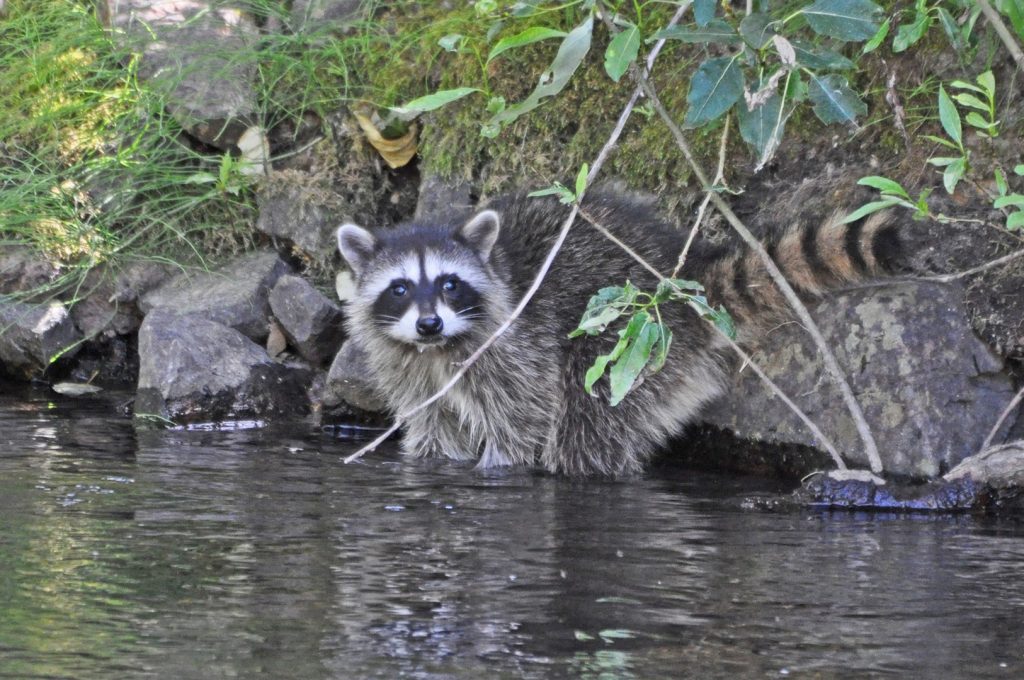 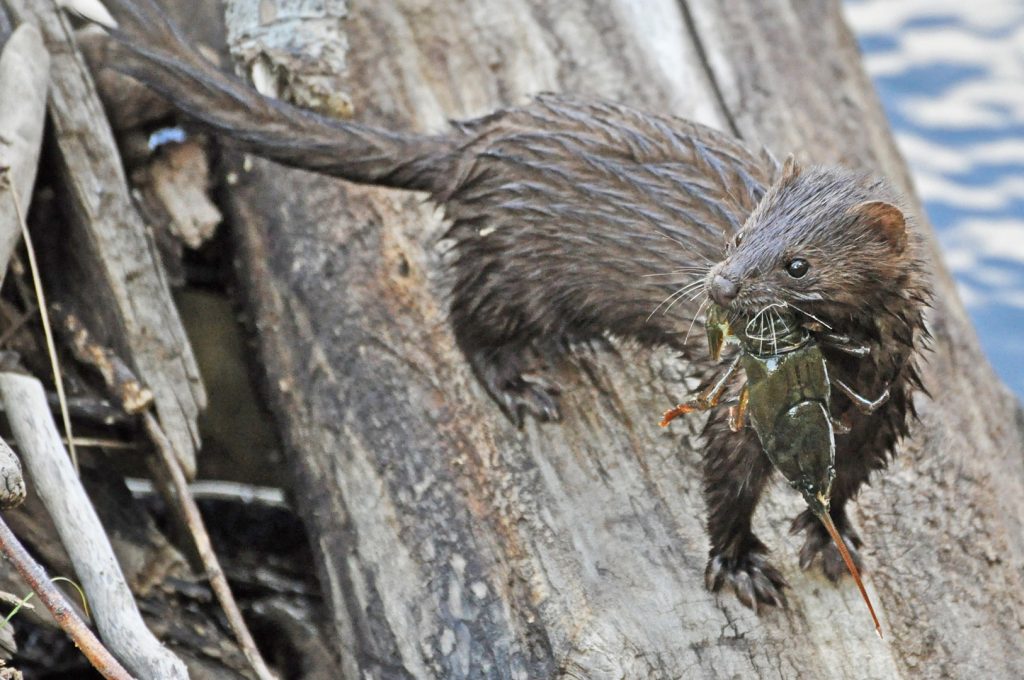 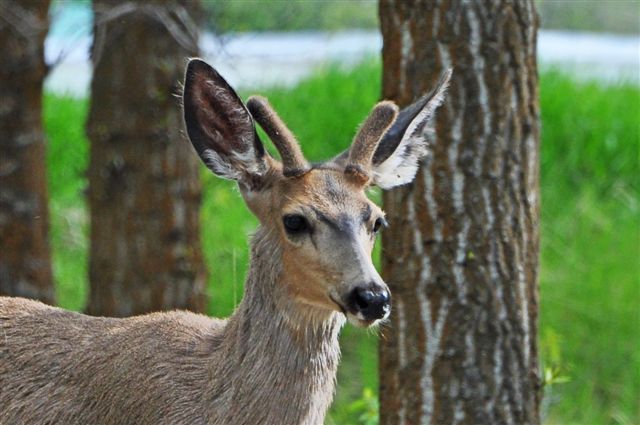 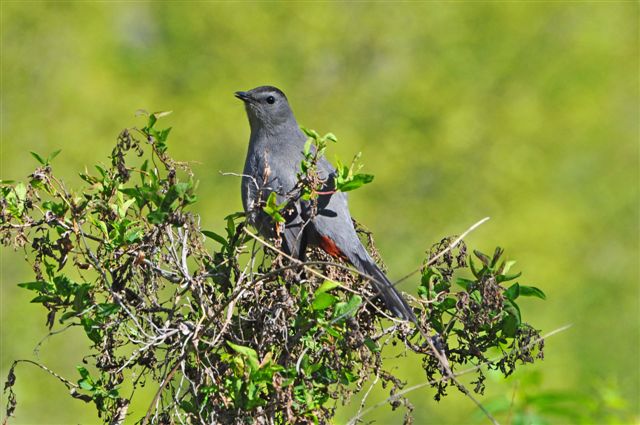 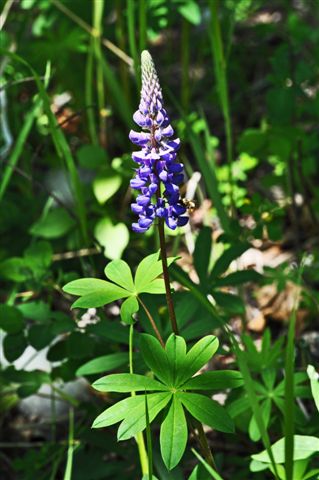 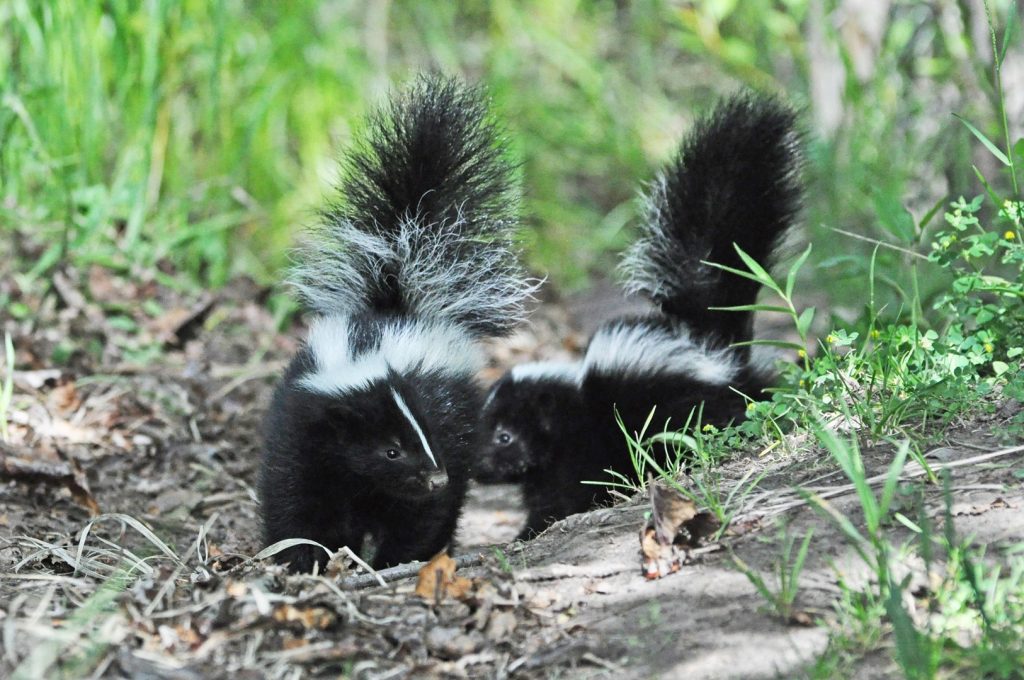 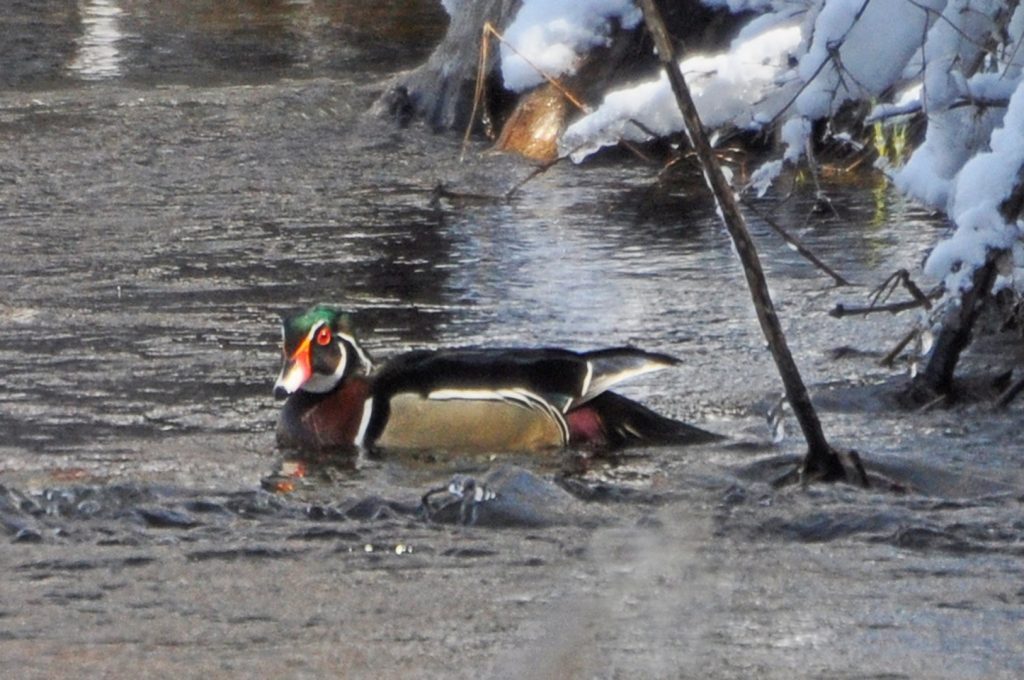 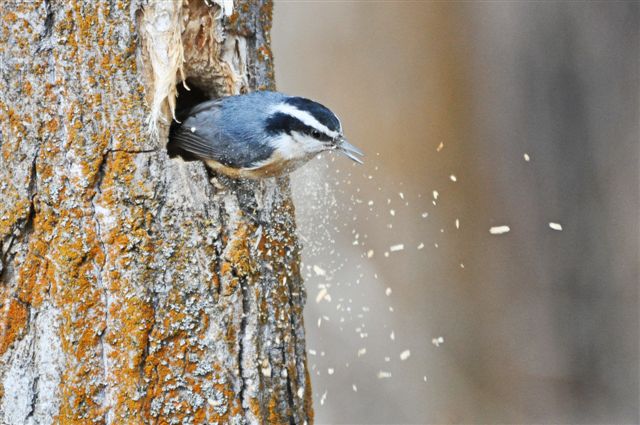 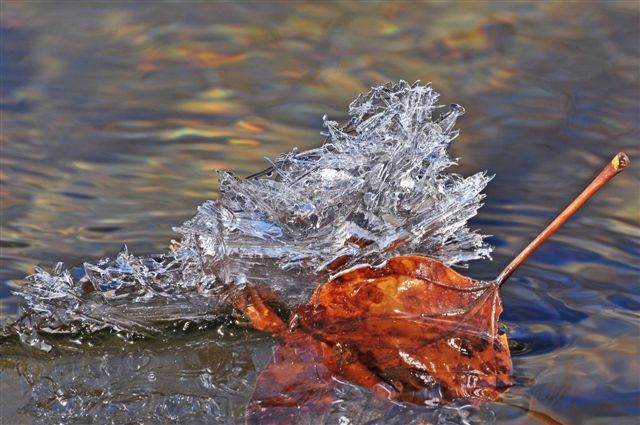 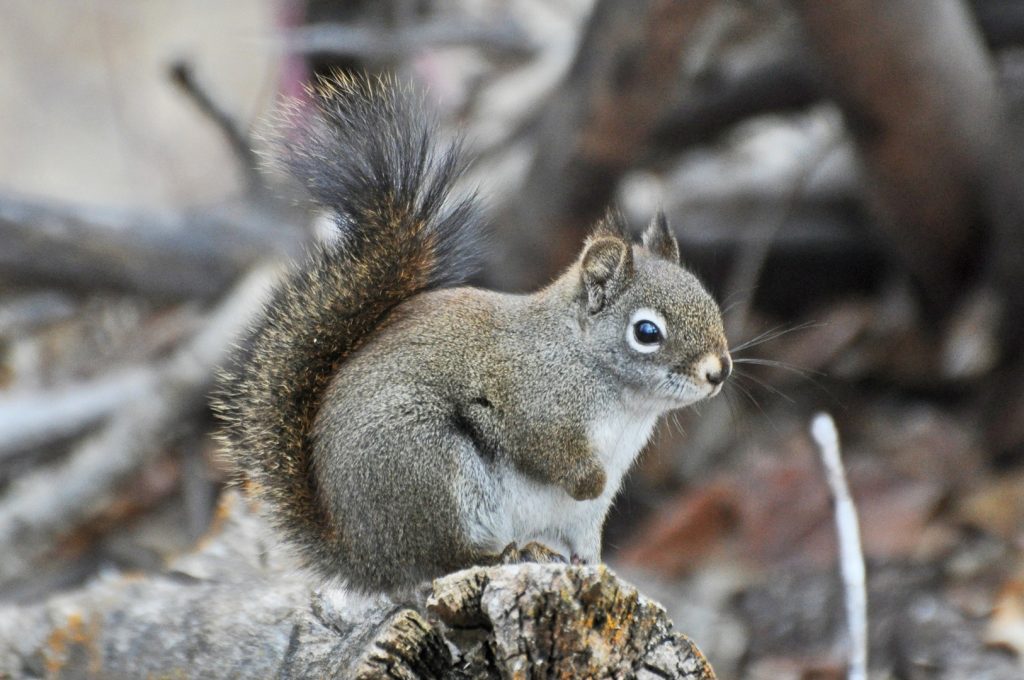 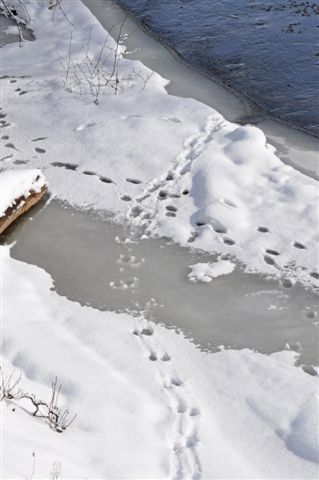 “It was good!  Their home life was good, they were growing up in a good way, the children of the long ago people.  The land was clean, the air was clean, everything was good.”

Mitch Smallsalmon, Pend d’Oreille elder, 1978
From The Salish People and the Lewis and Clark Expedition
U. of Nebraska Press (2005)

The site of Travelers’ Rest State Park lies at the hub of an intricate network of trade, travel, and culture developed over thousands of years. The Bitterroot Salish traveled this network of trails to find salmon to the west; buffalo, bull trout, bitterroot and camas to the east; other Salishan speaking people—the Pend d’Oreille and Spokane—to the north; and later, horse country to the south.

“It was a favorite hunting area, especially for deer, and the people would move there for that purpose in the spring.”

From The Salish People and the Lewis and Clark Expedition

Because of the vast resources found here, Native peoples returned to this area throughout the year. Families camped along the banks of Lolo Creek, gathering resources needed to survive the long Rocky Mountain winters.

Although they were removed from the Bitterroot Valley in 1891, the area still remains an important ancestral homeland for the Salish people. Travelers’ Rest State Park helps to preserve a small part of this landscape and interpret its history for visitors from around the region and throughout the world. 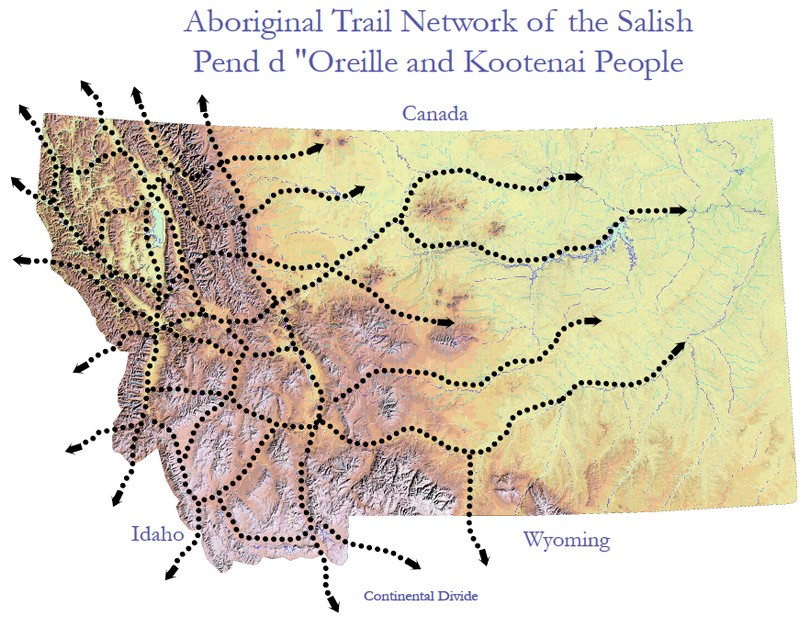 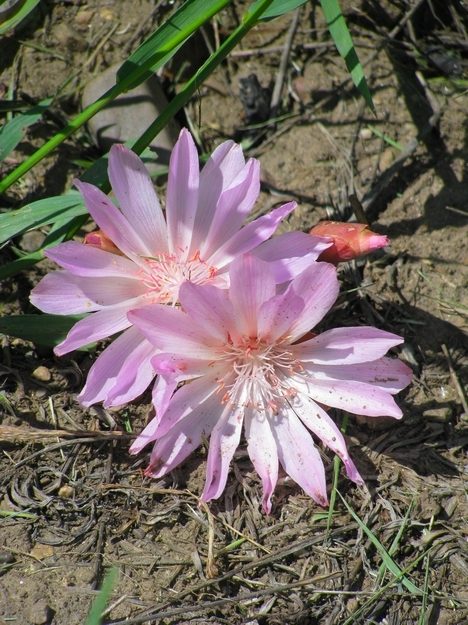 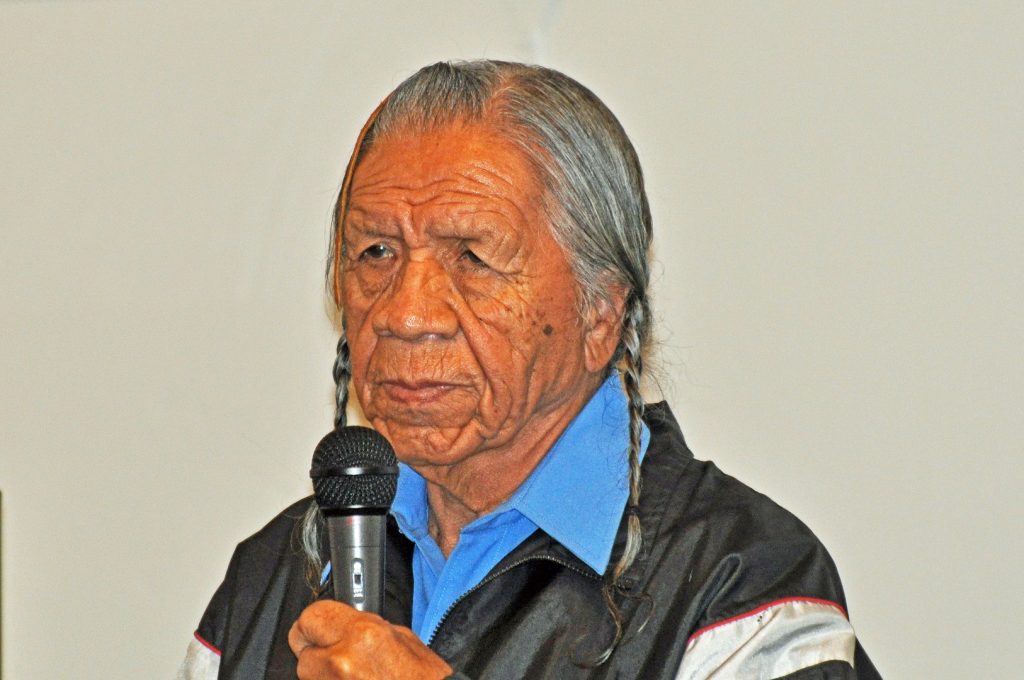 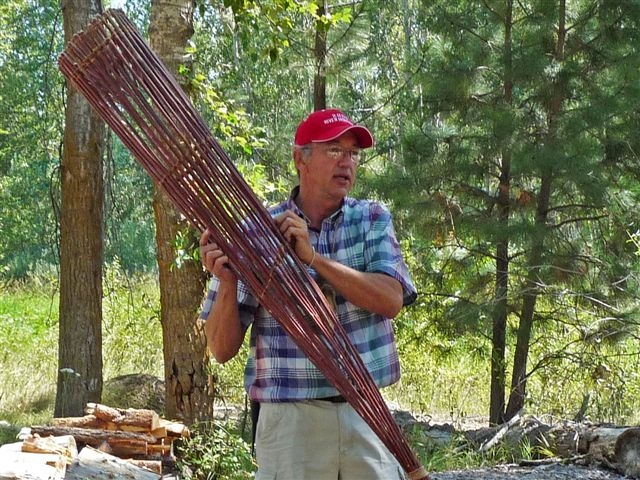 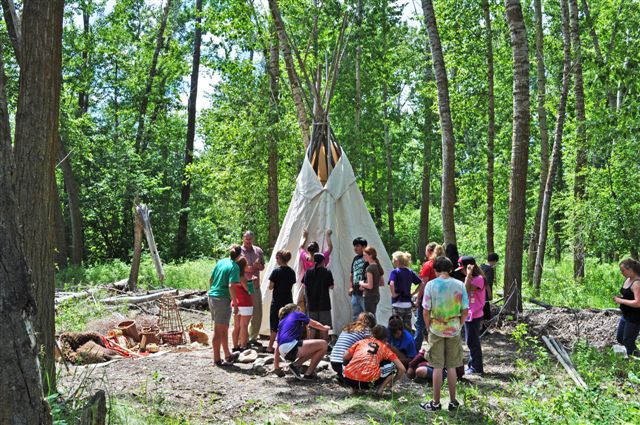 A group of teens help erect a tipi at Travelers' Rest

“we continued our rout down the W. side of the river about 5 miles further and encamped on a large creek which falls in on the West as our guide informes that we should leave the river at this place and the weather appearing settled and fair I determined to halt the next day rest our horses and take some scelestial Observations.    we called this Creek Travellers rest.    it is about 20 yards wide a fine bould clear runing stream…”

Travelers’ Rest State Park is home to the ONLY archaeologically verified campsite of the Lewis and Clark Expedition. Declared a National Historic Landmark in 1960, Travelers’ Rest is a notable location along the Lewis and Clark Trail for many reasons. This was their last stop before beginning their journey across the treacherous Bitterroot Mountains in September 1805. The Corps of Discovery returned to this place at the end of June, 1806, to finalize their plans to travel separately through what is now Montana before reuniting on August 12 near Sanish, North Dakota.

“a little before Sunset we arrived at our old encampment on the S. Side of the Creek a little above its enterance into Clarks river.    here we Encamped with a view to remain 2 days in order to rest ourselves and horses and make our final arrangements for Seperation.”

In 1960, the National Park Service named Travelers’ Rest a National Historic Landmark, but placed the site approximately 1.5 miles east of its current location. Both amateurs and academics, intent on finding the exact location of the Corps of Discovery campsite, contributed to the research that revealed the actual sites of the camp’s fires and latrine.

Visitors to Travelers’ Rest can learn more about the preponderance of evidence that led to the relocation of the National Historic Landmark and the development of Travelers’ Rest State Park.

Explore the links below to learn more about the individuals, events, items, and context of the Lewis and Clark Expedition. Many of these resources were written by a dedicated group of amateur historians and volunteers known affectionately as the Clarkkies. We will post new links as they become available, so check back often!

LESSER KNOWN MEMBERS OF THE CORPS OF DISCOVERY: ROBERT FRAZER
Private Frazer was the author of unpublished journal, now lost, and an inaccurate map of the expedition.

CLOTHING & EQUIPMENT OF THE CORPS: MOCCASINS
Could you walk a mile (or 4,000) in their shoes?

THE NAME “TRAVELLERS REST”
This unique site shares its name with many other places…find out why.

BUSY PREPARATIONS BEFORE THE 1806 SPLIT
The Corps of Discovery prepares to split into smaller parties during their second stay at Travelers’ Rest.

LESSER KNOWN MEMBERS OF THE CORPS OF DISCOVERY: NATHANIEL HALE PRYOR
Nathaniel Hale Pryor was one of the first men selected for the Corps of Discovery. Captain Clark called him a man of “character and ability.” Was his faith in Pryor well-placed?

YORK: INVOLUNTARY AMBASSADOR
How did an enslaved man contribute to the success of the Expedition? What was his life like afterward?

CONTINUITY IN A TIME OF CHANGE – VIDEO
Tony Incashola (Director, Séliš-Ql̓ispé Culture Committee) and Thompson Smith (Coordinator, Tribal History and Ethnogeography Projects​) joined us on Zoom to share the many changes taking place in Séliš life in the 1700s, and how those affected the tribe into the following century. Click here to watch a video of this presentation. 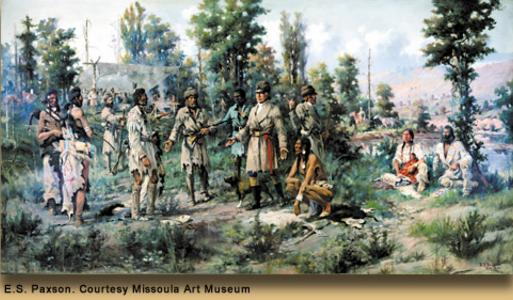 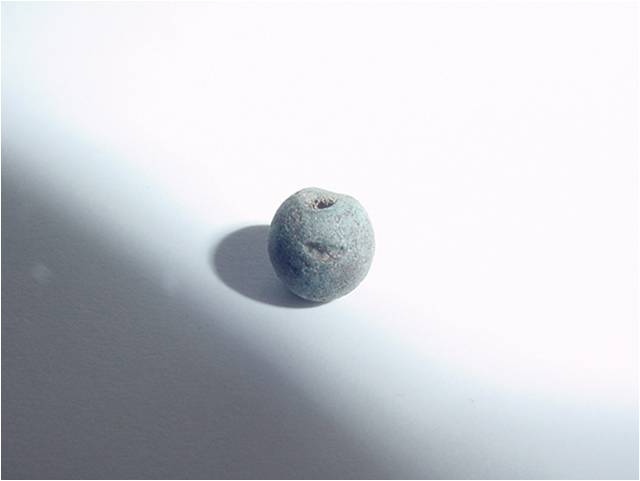 A blue bead, discovered at Travelers' Rest in 2002, brought by Lewis & Clark to trade along their route to the Pacific. 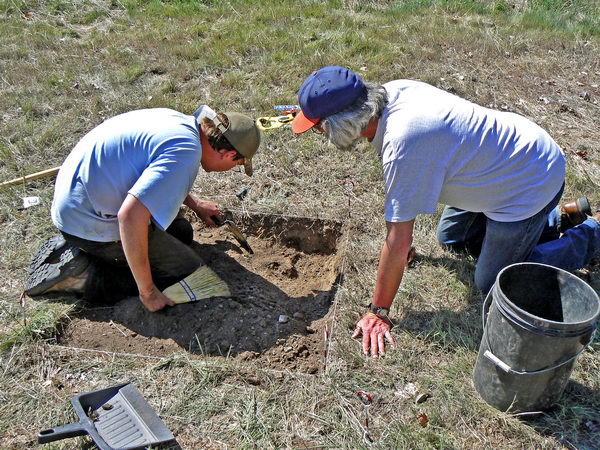 Archaeologist Dan Hall and a volunteer excavate an area where magnetometry indicated a change in soil composition. 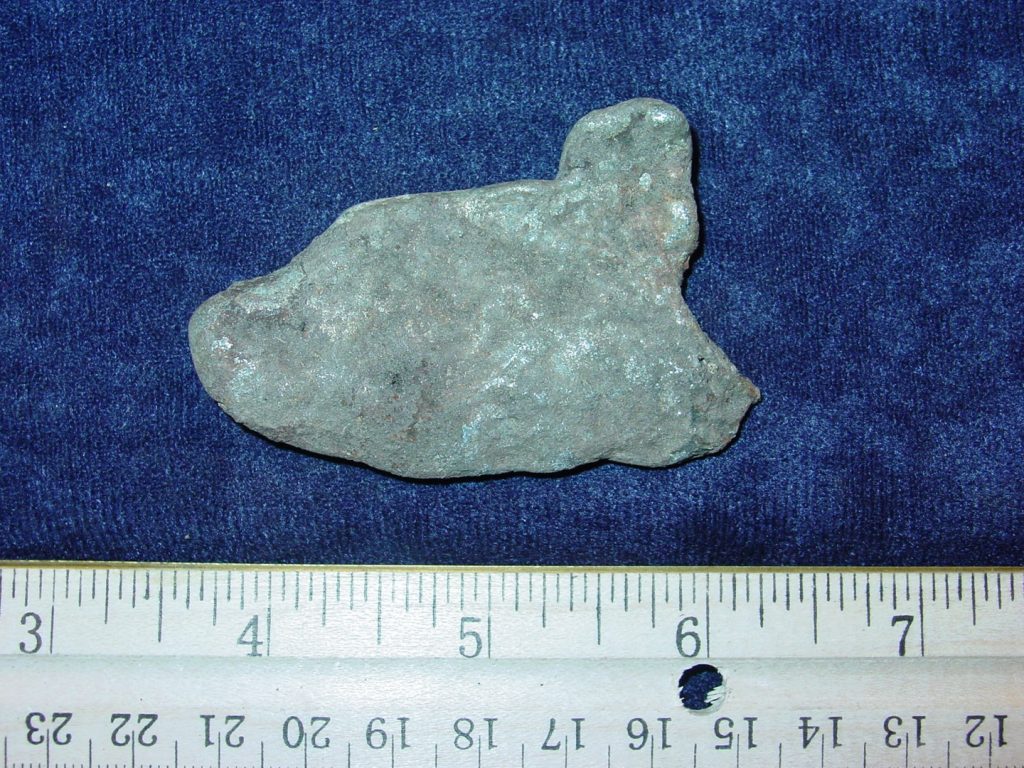 A puddle of lead found in an area of Travelers' Rest determined to have been a Corps of Discovery campfire. 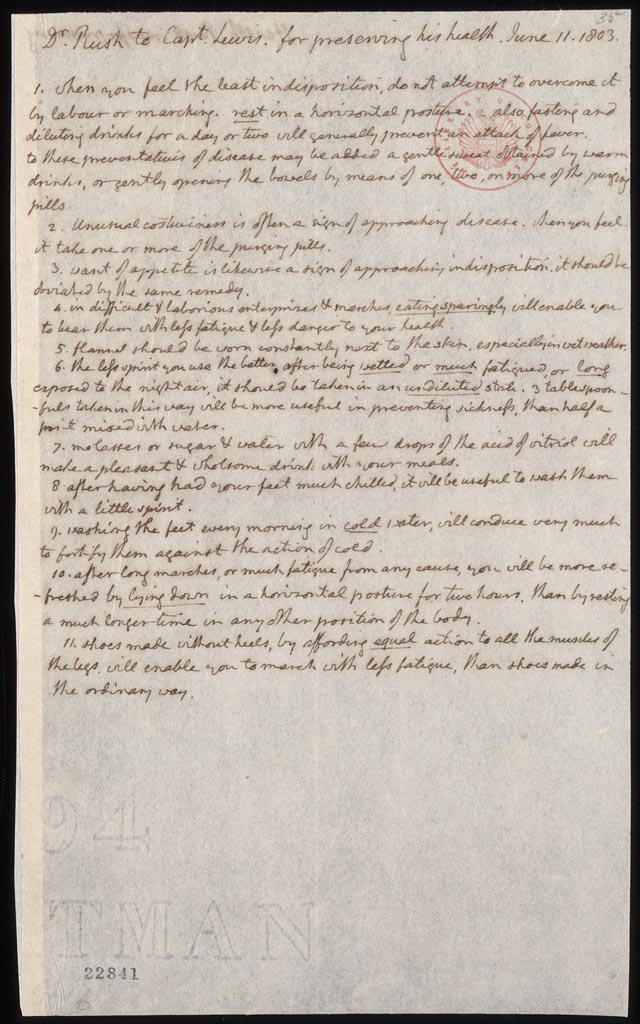 Dr. Rush's instructions for administering his "Bilious Pills" to the Corps of Discovery. 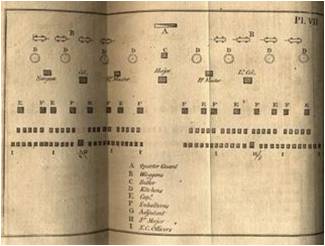